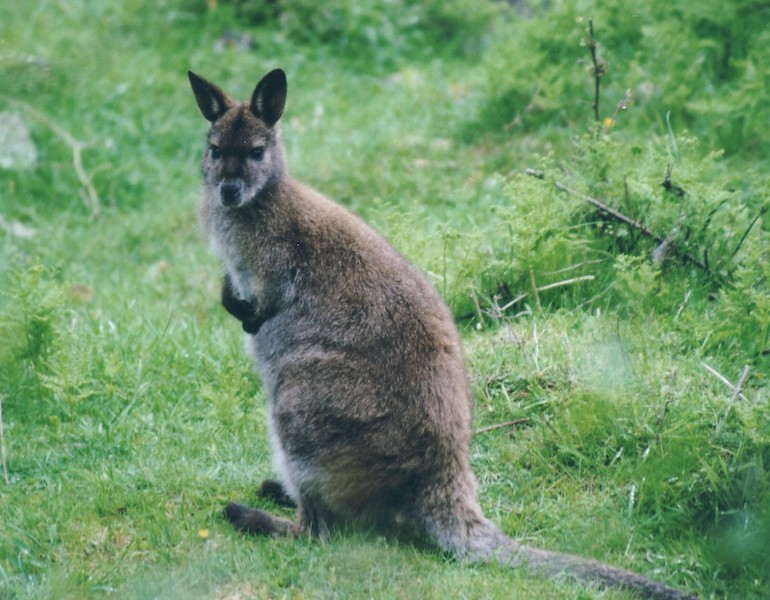 Wallabies continue to be an invasive species of concern for Bay of Plenty Regional Council (BOPRC). To identify new approaches to wallaby control, in March 2019, BOPRC went to market to look for innovative ideas. The Paehinahina-Mourea and Okahu blocks were chosen as the trial site as it is recognised as being an important location to minimise the risk of dispersal over the road bridge at Mourea and across the Ohau Channel.

The successful contractor had experience in using indicating dogs to hunt goats, so were keen to test their “Team hunting” techniques on wallabies. The work took place between June and September 2019. During daylight hours their hunters walked 189 km to destroy 10 wallabies from 40 or more encounters. As the kill rate was well below expectations, mainly due to the dense undergrowth, they switched to night shooting.

Over six nights, three hunters were able to shoot 71 wallabies. The hunters made good use of “Thermal scopes”, which pick up the heat coming off live animals, allowing them to locate wallabies in total darkness. This is a real advantage particularly where animals have become wary of spot-lights.

To complete the operation, the team laid 4,500 Feratox strikers. A striker is a small potato starch container, filled with peanut paste containing 2 cyanide capsules. They are stapled to trees or wooden pickets, 20cm above ground. After the second round of bait laying the contractors located the carcasses of 70 wallabies. This is an “underestimate” of the number killed, as pigs’ had scavenged many of the carcasses.

Camera monitoring after the completion of the overall operation showed a 71% reduction in wallaby numbers.

The key learnings from this trial were:

- Hunting dama wallabies during the day in dense undergrowth is not productive.

- Night shooting with thermal imaging equipment can be very productive in ideal conditions.

- Poisoning first then shooting as a follow-up may have resulted in a better % kill.

The Bay of Plenty Regional Council is engaging Trap and Trigger to carry out wallaby control over the same area again. This time the contractors will initially hand lay the Feratox strikers then follow up with night shooting. Though Feratox strikers and/or possum and wallaby carcasses pose a very low risk to dogs, people exercising their dogs in the control area, will be advised to keep their dogs on a lead while the poison warning signs are in place. The contractors will endeavour to remove all animal carcasses from the main roads and tracks.

The area east of Ruahine Road to Curtis Road is being considered as a trial site to test a new pest control product applied via bait stations.

If you have any questions or concerns about the upcoming control operation please contact Dale Williams, dale.williams@boprc.govt.nz