Motutawa Penisnsula formsOkawaBayat the extreme western end of Te Rotoiti. The original pa and later urupa sited on its highest (northern) point was named Te Taiki. It was in this pa that the final event in the series of of wars that saw Te Takinga and his army capture the whole of Te Rotoiti took place.

At that time it was a stronghold of the ancestors of Ngati Tuhourangi under their famous chief Te Rangipuawhe. Most of those driven from other parts of the lake had gathered here, expecting a final assault by Te Takinga’s army. However Te Takinga used a different approach.

Travelling at night with only a few of his followers in their canoe, Te Tuhitarata, he landed on the eastern side of the peninsula at Purakau. In the morning he walked alone to Te Taiki Pa, entered it unmolested and walked up to Te Rangipuawhe, who was eating a morning meal. By a twist of fate the meal consisted partly of preserved flesh that had come from the bodies of three of Te Takinga’s sons, killed some time before by Te Rangipuawhe’s men at Te Tahuna.

Te Takinga said to to Te Rangipuawhe, “Do not stop eating. Make your meal while there is still light.” Te Rangipuawhe answered, “I have no payment for the deaths of your children. My land you can have and as for myself I shall go elsewhere.” Shortly afterwards Te Rangipuawhe called his people together from the nearby Pungarehu and Te Mitimiti pa and they all left the district.

Te Takinga took up residence at Te Taiki , and his sons joined him soon after. The lands captured by Te Takinga at the western end of the lake were eventually divided up amoungst his sons. Kiore remained at Motutawa and took control of the land south of theOhauRiver.

Around 1820 a war party fromWaikatolaunched an attack on both Rotorua and Te Rotoiti. Those living at the various pa at the western end of the lake gathered at Motutawa. They strengthened its defences with palisading taken fromMoureaPa, and it is said some 500 people were there. They were not attacked, and the people soon left Te Taiki and returned home.

There were many remaining at Motutawa until the late 1830s, when most left to join the general reoccupation of Maketu. A few continued occupation, and during the 1860s there was a brief period of activity when others gathered there because of the Tairawhiti invasion.

When finally abandoned Te Taiki became an urupa, and in 1898 it was set aside as a cemetery reserve. Te Taiki continues today as an important urupa. 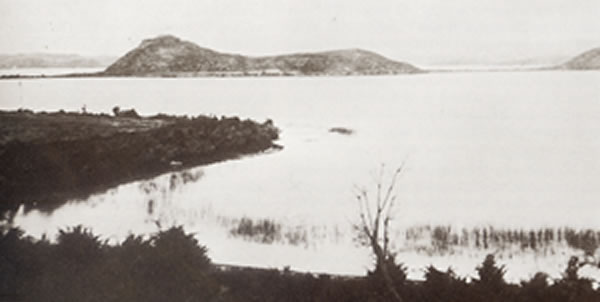