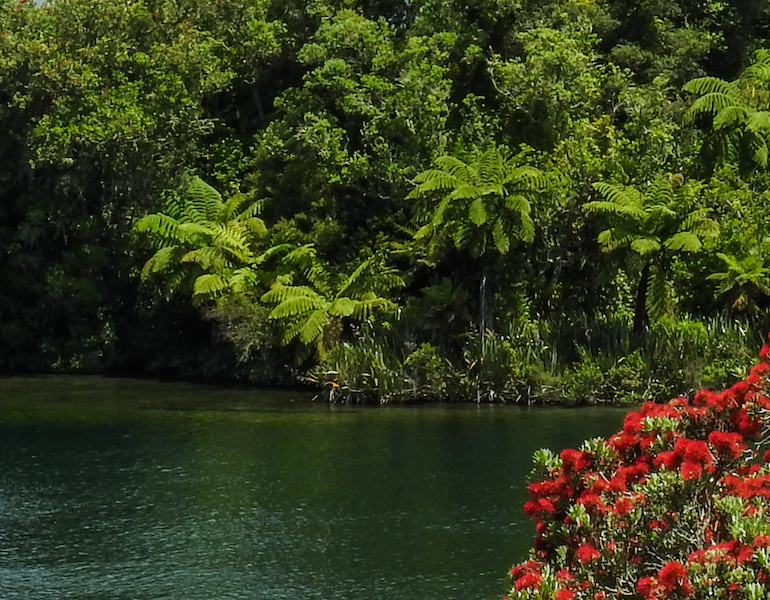 * Suppression and then eradication of Catfish

* Enforcement of the Rule to prevent further pest incursions(fish and weeds) by requiring certification of a clean boat before launching.

Lake Rotoiti is situated to the northeast of Rotorua and is bounded by SH 33(Tauranga) on its western side and SH 30(Whakatane) on its southern shores. It is the most popular trout fishing and boating lake in the District. The western end is a drowned river valley and has a splendid variety of small bays and inlets, on the northwest side many have been developed with lakeside homes. The eastern end of the lake is a large very deep caldera with lakeside properties along the State Highway extending down to Hinehopu and magnificent bush clad cliffs on the opposite side.

The full name of the lake is Te Rotoiti-kite-a-Īhenga, which in Maori means "The Small Lake Discovered By Īhenga". Legend says that the lake was named as such because when Ihenga first sighted it he only saw a small part.

1960s- Introduction of lagrosiphon and other lake weeds, rapidly spread colonising much of the littoral zone

2008- Ohau Diversion Wall erected as the main intervention to restore the health of the lake. Nutrients from Rotorua catchment diverted directly down the Okere Arm to the Kaituna River.

2016- Brown Bullhead Catfish confirmed in Te Weta Bay, initially confined by a cordon but within 2 years was abandoned. Now spread throughout the entire lake but most abundant in the shallower western end. Spread up the Ohau Channel into Lake Rotorua. Suppression netting programme run by BOPRC. Educational programme “Catfish Killers” run by TALT. Sterile male control programme commenced in 2021, likely to be a decade before significant reductions achieved.

2020- Adoption of Rule 10 reducing nutrients in the Rotorua Catchment

2021- Eastern sewerage due to be finished completing the sewerage to the entire lake.