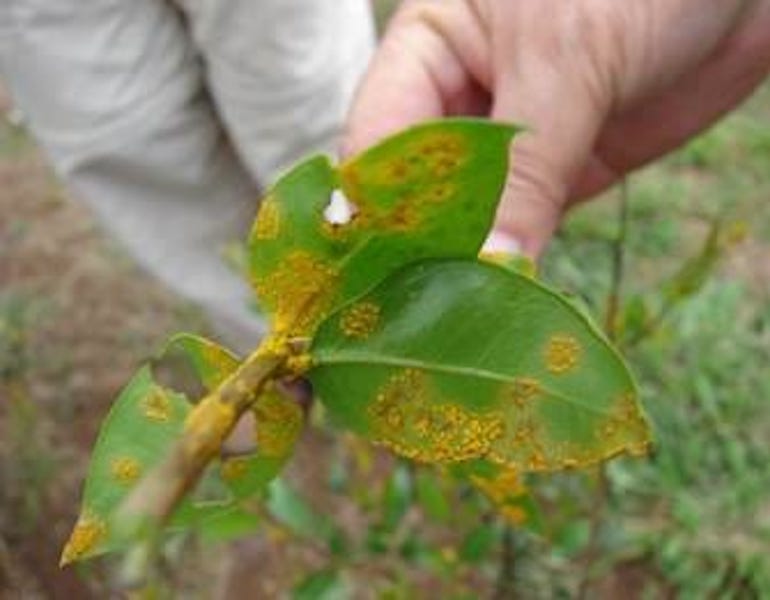 During routine monitoring visits, researchers from SCION have confirmed the presence of Myrtle rust on the plant species Lophomyrtus bullata/ramarama in the Lake Okataina and Lake Rotoiti Scenic Reserves. Although this is the first time the fungus has been detected in these areas, the invasive microbe has been spreading rapidly across New Zealand since it was first identified in 2017.

Myrtle rust is caused by a fungus that spreads in the air. The disease only affects plants in the Myrtle (Myrtaceae) family which includes pōhutukawa, mānuka, kānuka, rātā and ramarama. See https://www.myrtlerust.org.nz/ for full list of susceptible species. It is now well established across most of the North Island and the top of the South Island. People can inadvertantly move fungal spores around, introducing the disease to new hosts and areas where it may not independently arrive.

What to do if you see Myrtle rust?

Don't collect samples as this might spread the disease.

If you can, take a photo of the rust and the plant it's on.

Report symptoms to the iNaturalist website - www.inaturalist.org/projects/myrtle-rust-reporter) or via the iNaturalist app. If you accidentally come in contact with the affected plant or the rust, bag your clothing and wash your clothes, bags and shoes/boots when you get home.

Your reports of suspected cases are vital in helping determine where myrtle rust is in New Zealand, how far it has spread and whether eradication, containment or even slowing the spread is feasible. The earlier we find out about any New Zealand infection, the greater our chance of doing something about it.